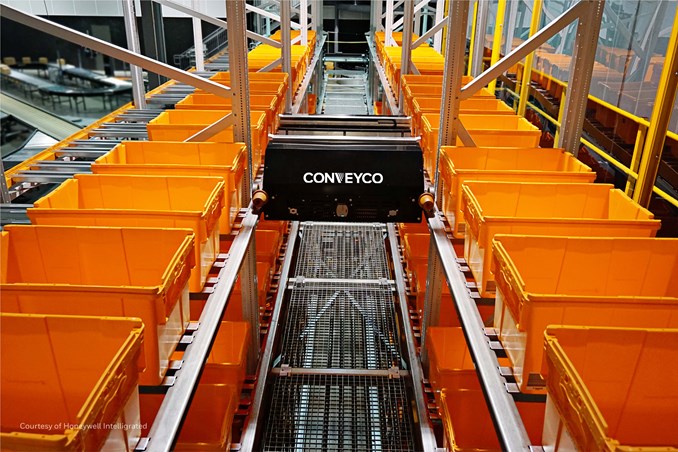 Because the TiltSort-Bot AMR is modular in design, initial capital expenditures are kept low by purchasing the system you need for the next six months, not the next three to five years. This is very common with tilt tray and cross belt conveyor systems. Additional bots can be added rapidly to increase throughput.

The TiltSort-Bot moves at up to three meters per second. Each bot completes its task and returns to the induction station for its next pick. Each chute position can be configured to handle one or two sortation locations. 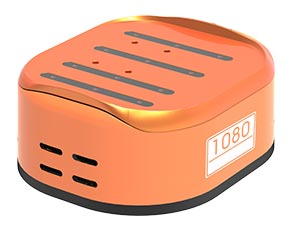 The TiltSort-Bot eliminates single point of failure due to the AMR system having multiple and redundant backups. Additional bots and induction stations can be added rapidly to increase the system’s throughput capacities.

The TiltSort-Bot system is comprised of an AMR bot equipped with a tilt tray top. Operators, while standing in the induction station, simply place an item on the top of the TiltSort-Bot.

The camera above instantly reads the barcode and the bot is routed to its order chute via the shortest path. When the TiltSort-Bot reaches the order chute, the tray rises allowing the item to go down the chute. Each chute represents a sortation destination. Items are collected at the bottom of the chute in bags or gaylords. When the wave is complete, either operators or AMRs dispatch the items to shipping. 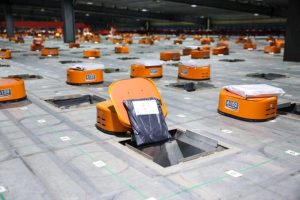 The TiltSort-Bot AMRs lends itself to Proof of Concept (POC) systems. The modularity, scalability and flexibility allow POC systems to be designed and implemented cost-effectively. After the POC is complete, virtually the entire system can be moved and integrated into the full system. Saving time and resources while also reducing risk.

The TiltSort-Bot system can be integrated with conveyor, other AMRs and AS/RS systems to meet throughput requirements. The Stacker-Bot is just one model from the ConveyGo AMR and Robotics line available from Conveyco Technologies. 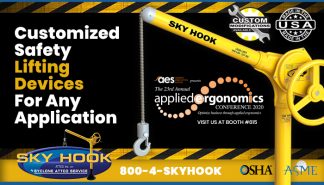 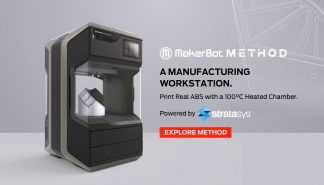